That Translation Game!: Brought to You by North Quad 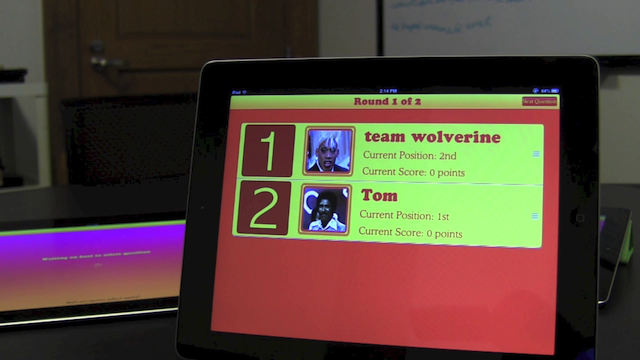 In the past few years, the use of games outside of pure entertainment contexts has been a hot topic. Whole areas of study are opening up around the concept of “Serious Games” and “Meaningful Play”. In 2009 the University of Michigan brought Jane McGonigal to campus for the annual Enriching Scholarship conference. McGonigal has been one of the most visible proponents of the use of games or game elements in contexts beyond just entertainment. Her book “Reality is Broken”, published in 2011, has ignited a worldwide conversation about how games could inform and augment the way we as human beings approach issues like social problems, health and wellbeing, human rights, and education. It is within this environment that the idea for That Translation Game! was conceived.

That Translation Game! is the brainchild of a collection of representatives involved with the Fall 2012 LSA Theme Semester, the topic of which was translation. The team behind That Translation Game! conceived of the project as a way to bring a new perspective to the idea of translation, which is often thought of as a fairly straightforward task of taking one language and converting it to its counterpart in another language. In reality, there exist many forms that translation can take, such as from one medium to another, like making a poem into a sculpture, or a fairy-tale into food. Even the standard language-to-language translations carry an enormous range of variation in practice, such that a simple one-to-one relationship is rarely the case. Translators make deliberate choices based on assumptions about culture, history, class, and other factors for their target audience and their own goals for the work.

The idea of situating the process of translation within a game, then, creates an environment where the competition between players would hopefully tease out those multitudes of varying approaches. In That Translation Game!, which is based around the increasingly globally ubiquitous form of a television game show, one player acts as the host, and the others as contestants. The host manages the social and competitive aspects of the game, asking players to pick team names and avatars, and chooses the content to translate along with any guidelines about what kind of translation they might be making. For example, the host may decide to choose a music video of a pop song and tell the contestants that they should aim for a translation that turns it into a Shakespearean play. After the contestants’ answers are submitted, or the round time runs out, the players must defend their translation, explaining why they made the choices they did and why theirs should win. 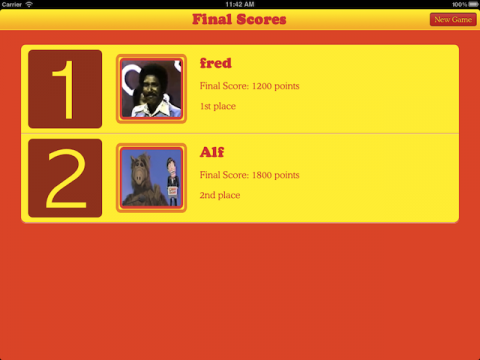 A Screenshot from That Translation Game!

The process of defending the translation is probably the most important aspect of the game, and in this sense there is nothing special about using an iPad or computer in general to accomplish this goal. The activity could easily be done without any technology by having students write down translations and take turns explaining them. Embedding this process into a game format, though, provides a layer of interactivity and novelty that can serve to change the way students approach the task. It also allows students themselves to take on the role of host, and run games with classmates and friends.

One student from the “22 Ways to Think About Translation” course that the game was piloted in in October did just that. Kelsey Lafferty is a student majoring in Education, and was interested in the way the game might be used in Elementary Ed classes, so for her final project she ran the game with a group of her friends.

When talking about the use of games in education, we often hear of examples where an educational goal has been very clumsily shoe-horned into an existing game type. Classic examples often take a form where the game is a carbon copy of something like Asteroid or Super Mario Bros. with some of the graphics simply replaced with math problems or verbs. These kinds of games are often referred to as “chocolate covered broccoli”, because they take two things that are very much worthwhile on their own, and combine them into something that merely ruins them both, insteading of adding value to one another through that combination.

When designing That Translation Game! we tried to avoid this problem by making the game and the technology subservient to the social interactions that take place during the gameplay itself. Thus, the iPad and the app merely act as a visual and logistical tool for distributing and displaying content and keeping score, rather than a rigid box that constrains the players to one path or mode of play. In this sense, the game acts as a vehicle for the pedagogical goals of the host, and does not impose any overt goals of it’s own. This puts more burden on the host, and places primacy on social and interpersonal interaction, but in our experience with testing the game this allowed a much greater degree of freedom and spontaneity during play, and in turn made the experience much more valuable pedagogically.

That Translation Game! was funded by a NINI Grant from LSA Instructional Technology. The development team was led by Christi Merrill (Comparative Literature) and Johnathon Beals (Language Resource Center), with help from staff and students in LSA and the School of Engineering, the School of Information, and the School of Education, including Hans Anderson, Caitlin Barta, Alex Migicovksy, Evan Moss, Pranay Sethi, Patrick Tonks, and Jen Steiner Tonks.

Much of the work of developing, testing, and implementing the project was done right here in North Quad. The Language Resource Center has been providing the development space and management resources for the coding of the app, and many of the events where the game has been exhibited and played have taken place here. Many of the team members also come from departments housed in the building. The cross-disciplinary nature of the community here has been essential to the success of this project, and hopefully serves as one of many testaments to the existence of a collaborative, interdisciplinary space like North Quad.

At the moment, the team is trying to wrap up development of the final stages of the app, with an end-of-January launch date. At that time the project should be freely available to anyone on campus and hopefully beyond if the app successfully makes it through the Apple App Store approval process. In the meantime, if instructors are interested in using the app in their classes, they can contact me to set up a consultation with the team.

* Update: That Translation Game! recently received 3rd place in the Fall 2012 Mobile Apps Challenge. Congrats to the TTG team, and many thanks to the organizers of the competition!